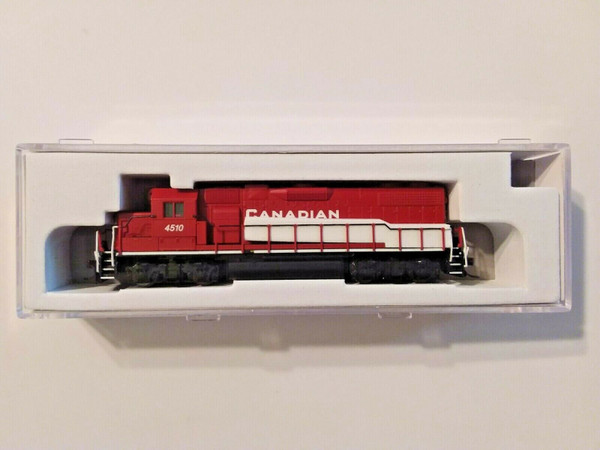 GP38-2 (4-axle 2000hp) diesel-electric locomotives were produced by EMD between 1972 and 1986. The Dash 2 was designed for increased traction and reduced emissions and is one of the most successful locomotives ever built.Atlas N scale GP38-2 is NCE decoder equipped for DCC. Its many features include a Scale Speed? Motor, directional lighting, blackened metal wheels, equipped AccuMate? Magnetic knuckle couplers, golden-white LEDs, painted safety rails, and separately-applied coupler cut levers. Also included, as per the prototype, are non-dynamic, dynamic, or extended range dynamic brakes. Also featured is a pilot: standard or with snow plow (depending on the prototype).Product image may have a different road number.