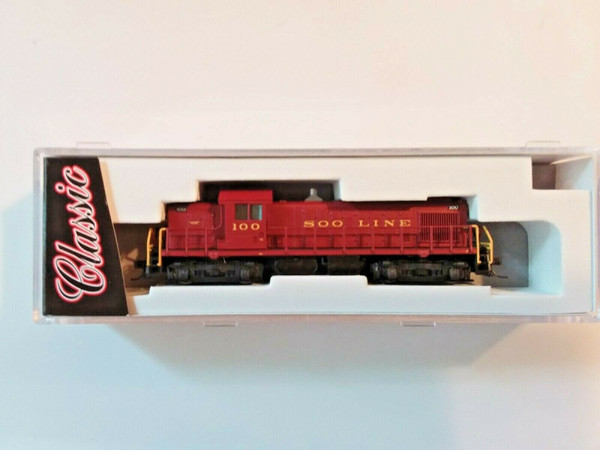 The RS-1 was introduced by ALCO in March of 1941 with the delivery of the first of two units to the Rock Island. Combining the accessibility of a switching locomotive and the higher-speed tracking of a road unit, the RS-1 started a revolution in locomotive design that was soon embraced by all of the major diesel-electric builders. Despite ALCO's own introduction of higher horsepower roadswitchers, the 1,000 h.p. RS-1 had a production span of 19 years (1941-1960) with 623 units.

AccuMate® couplers are made under license from AccuRail, Inc.