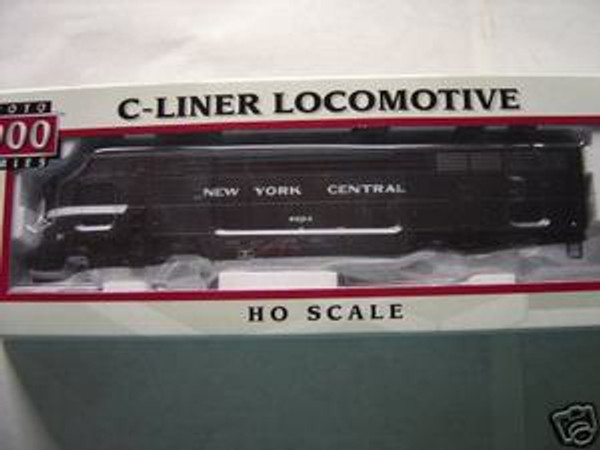 EMD's F-series had introduced American railroads to the cab unit diesel in 1939. But World War II prevented other builder's from introducing competing designs until the late 40s. ALCO rolled out its FAs, Baldwin introduced its sharks and newcomer Fairbanks-Morse (F-M) unveiled its new Consolidation Line or C-Liners in 1948. To go the competition one better, F-M marketed its new cab units much like automobiles, offering several options among 14 different models. Buyers could choose from three freight or four passenger versions, each in A or B units. Three different prime movers were available, along with a variety of gear ratios for power or speed as needed, and additional equipment such as steam generators and water tanks could also be added. First built in 1950, the C-Liners performed well, but appeared just as cab units began losing favor to hood unit diesels. Orphans in a sea of EMD and ALCO power on most roads, F-Ms were quickly retired by the late 1960s, but a handful of C-Liners remained in use in Canada into the mid-70s.

Keep freight moving across your pike with these husky A units of Fairbanks-Morse diesels. They are engineeered to capture every detail, right down to the fan blades inside the radiator grilles! Razor-sharp graphics, printed numberboards and windshield wiper details give the units extra realism. They feature authentic period paint schemes and detailed Fairbanks-Morse-style trucks with the proper sideframes and safety tread on the cab ladder rungs.