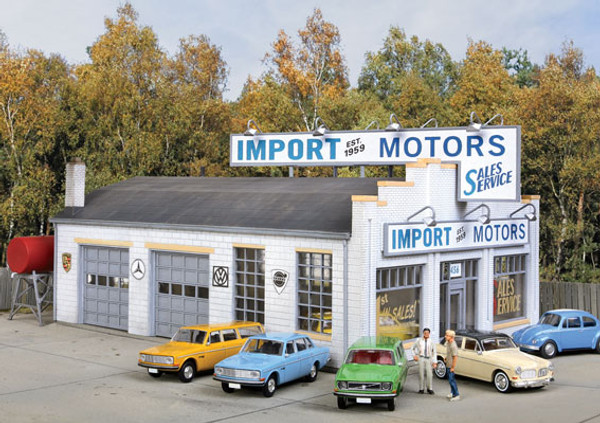 Foreign brands have been part of the American motoring scene since the early days. It was a Benz car tootling around Detroit in the 1890s that caught the attention of an Edison Illuminating Company engineer named Henry Ford who had been working on his own idea for a car.

Even as the American auto industry flourished, there was always a trickle of foreign cars as celebrities and the well-to-do selected Rolls-Royces and Mercedes.  The trickle became a flood in the years following World War II: the  United States was essentially the only significant new car market in the world and American GIs returned from serving in Europe with a taste for the small, sporty cars they found there. By 1959, about one car out of every ten sold in the U.S. was an import.

Sales of imports dropped in the 1960s but came back strong with the oil crisis in the early 1970s, when small cars from Europe and Japan offered relief from gas lines and high prices.

Since few of the European manufacturers had actual representation in America during the 1950s, 1960s and even into the 1970s, importation and distribution were usually handled by independent entrepreneurs, such as Max Hoffman in New York City, and most U.S. dealers offered several different brands.

Freed from the requirements imposed by the Detroit automakers, import car dealerships were typically small and occupied a variety of different structures that offered space for a display and a service bay.  The Walthers Cornerstone Import Motors kit is just right for an independent dealership. There are two service bays and space for a small showroom in front. A small lot adjacent to the building will be plenty to handle the limited inventory these businesses generally carried.